Comfy and easy, that’s us!

Sleeping comes naturally, but deciding which mattress
to sleep on? Not so much. Now, that’s where Sleepfresh comes in. By creating
a mattress that’s perfect for 90% of sleepers, we’ve saved folks sleepless
nights of research and decision-making. We’ve also made Sleepfresh
mattresses especially easy to try by saving you a ton of money and
time when it comes to searching to buy the best mattress online!

INDIA’S LEADERS IN SLEEP FRESHNESS FOR OVER TWO DECADES

Sleepfresh has been a timeless effort of manufacturing excellence by the Kolkata-based Raunak Group since the year 1997. In the two decades of tirelessly perfecting the process of manufacturing sleep products, we have been seeking to create fresh lives every day through fresh sleep every night! Using the most advanced production techniques and in-house production synergy of processes, our products are manufactured using cleanest of technology for a safer environment for our future generations to come. Our extensive channel partner network and dedicated customer-centric team helps us reach for the opportunity of creating fresh sleep for one-billion plus population of Indians who are deserve quality sleep every night.

Our More Everybody Mattress Range That Offers An Ulta Comfortable Sleep Without Punching A Hole In Your Pocket.

A More Luxury Range Of Mattresses For The Amazing Dreamy Sleep. The Celestial Collection Is The Perfect Amalgamation Of Quality & Comfort.

The Luxury Range Of Mattresses That Are Going To Spoil You By Providing The Extra Comfort Along With Orthopaedic Comfort For That Perfect Sleep.

The Opulent Orthopaedic Mattress That Are Made Using The Latest Technology Is Surely Going To Make Every Sleep A Healthy One.

We designed our mattress keeping in mind features people in India care about the most.

With the unique patented technology,“Sleep Freshness Enhancing Technology”, Sleepfresh has developed a formulation of treating it’s sleep systems to resist termites, fungi and bacteria which might affect our sleep, simultaneously ensuring odour-free sleep aura to enhance freshness every morning from a FRESH SLEEP! 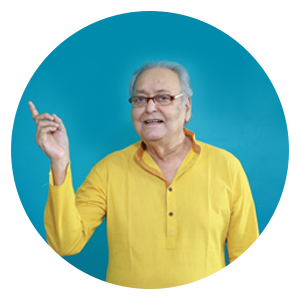 Soumitra Chatterjee our brand ambassador for Raunak is an Indian film and stage actor,reciter, poet and artist. He is best known for his collaborations with Oscar-winning film director Satyajit Ray, with whom he worked in fourteen films. Soumitra Chattopadhyay is also the first Indian film personality conferred with the Ordredes Arts et des Lettres, France’s highest award for artists. He is also the winner of the Dadasaheb Phalke Award which is India’s highest award for cinema. 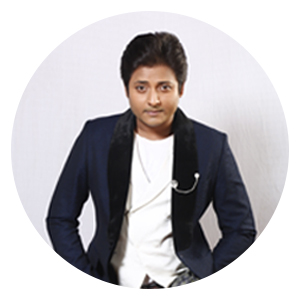 Subscribe for Members
to Receive Latest News and Special Offers